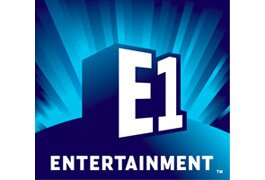 The move comes as part of a re-branding effort by the distributor’s parent company, Entertainment One, which changed its name to E1 Entertainment and adopted a new corporate logo and structure.

As part of the transition, Koch’s in-house label Koch Vision has been pulled into the E1 banner.

E1 properties include TV series “McLeod’s Daughters,” “Wire in the Blood” and “Life with Derek,” and movies such as Ballet Shoes starring Emma Watson.