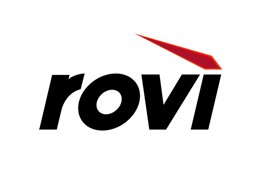 Rovi acquired the Entertainment Store — then RoxioNow — when it acquired Sonic Solutions in early 2011 for approximately $720 million.

A Rovi spokesman said the company, which is a founding member of the Digital Entertainment Content Ecosystem (DECE), the industry-wide consortium behind UltraViolet, would still “be involved with and support” UltraViolet.

Rovi has retained GCA Savvian Advisors as its financial advisor for the potential sale.

“The Rovi Entertainment Store has grown significantly since Rovi acquired it in February 2011, and we believe it will continue to grow and provide an excellent platform for on-demand media delivery as retailers and content owners move to distribute more content online,” said Tom Carson, president and CEO of Rovi Corp. “However, we are working to drive Rovi’s future growth and increase operational efficiencies around a strategic plan building on our core assets and IP, and to ensure the management team is fully focused on that effort. We are aligning primarily around delivering enabling solutions for our service provider customers and using those efforts to also generate growth with our consumer electronics and other customers. Consequently, we have decided to sell the Rovi Entertainment Store business.”

Rovi will reclassify the financial results of the Rovi Entertainment Store as discontinued operations for its fourth fiscal quarter and full fiscal-year 2012 results.