Blu-ray on Black Friday: 'Love the One You’re With' 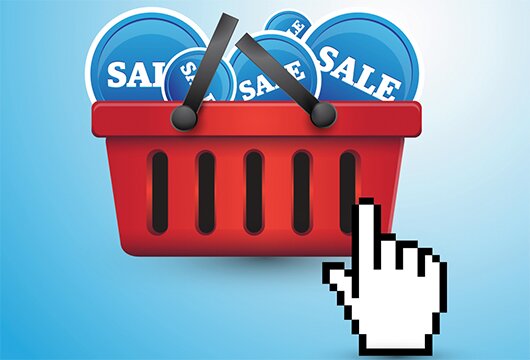 It may be a streaming world, with SVOD and Digital HD catchwords dominating Wall Street and media chatter. But to home entertainment retailers entering the post-Thanksgiving Black Friday weekend, “old-school” Blu-ray players and packaged media still represent a sure thing.

Retailers from Walmart to Amazon have extended Black Friday hours and deals on Blu-ray players, and movies and TV shows on disc, to encompass nearly a week of steep discounts, including Cyber Monday (Dec. 1).

“Everyone likes to promote Blu-ray because it has a consumer following, tends to be a recognizable brand, and consumers still think BD products are expensive. Put all that together and you get a product that can still drive some traffic and some interest over Black Friday as a secondary device,” said Stephen Baker, VP of industry analysis with The NPD Group.

Indeed, Walmart announced it would extend price discounts across five days — instead of just the day after Thanksgiving — with guaranteed online price matching beginning Nov. 14. The latter was revised Nov. 20 to 30 specific retailers after the Bentonville, Ark.-based retailer claimed consumers were using fake listings to get discounts.

Walmart, which is looking to shore up softening sales due to increased competition from dollar stores and online merchants, found that consumers have tired of the long lines and frenzy associated with the early morning crush on Black Friday. It hopes the spread-out discounts across multiple days will have a calming effect on consumers.

Sage advice as 143 million U.S. consumers plan to shop over the Thanksgiving holiday weekend, with 89 million U.S. adults planning to buy consumer technology products, according to the Consumer Electronics Association (CEA). Black Friday will be the most popular day for in-store shopping, with 28% of those surveyed planning to shop the day after Thanksgiving — on par with 2013, but five percentage points less than 2012 (33%).

Walmart sold to 22 million consumers on Thanksgiving Day in 2013. With this year’s Black Friday deals beginning Thursday evening and lasting through Monday, Walmart is predicting that more families — adults and kids — will flock to its digital and physical outlets.

A record-breaking 103.3 million Americans are also expected to shop online between Thanksgiving and Cyber Monday, an increase of 6.1 million shoppers over 2013, according to the CEA. The survey shows Black Friday again will be the most popular online shopping day, as 24% of respondents say they plan to shop that day, four percentage points higher than 2013. By comparison, 19% say they’ll shop online on Cyber Monday — a two percentage point increase from last year.

Walmart will again offer arguably the lowest retail price for a Blu-ray Disc player at $35 (for one hour only on Thanksgiving at 6 p.m.) for an LG model. A Sony BD player goes on sale for $45 two hours later at 8 p.m.

Customers in the designated areas of Walmart stores between 6 and 7 p.m. on Nov. 27 can purchase the gift they want and either take it home that night or receive it at a store before Christmas.

The retailer infamously ushered in the packaged-media retail market and DVD craze in 2003 when it sold a disc player on Black Friday for $39 — prompting consumer stampedes in some stores.

Even better, new-release DVD copies of DreamWorks Animation’s How to Train Your Dragon 2 and Walt Disney Studios Home Entertainment’s Maleficent will retail for $7.96 each.

Walmart is also selling 89 complete seasons of select TV shows, including “The Big Bang Theory,” “Homeland,” “The Walking Dead,” “Modern Family,” "Supernatural” and “American Horror Story,” among others, for $9.96 each.

The retailer also increased Black Friday inventory in most categories. For example, Walmart is tripling the number of PlayStation 4 units and other gaming consoles available and is offering 30% more smartphones, mobile accessories and other wireless offerings.

“Black Friday is no longer about waking up at the crack of dawn to stand in long lines and hope for the best,” Mac Naughton said in a statement.

H.H. Gregg on Black Friday is cutting by 50% the price on select Samsung and Sony Bly-ray Disc players, including an Internet-connected Samsung #BDH5100 for $49.99, which includes apps for 15 content sources, including Netflix, Vudu, Hulu Plus and YouTube.

Buyers can shop early at Target.com, which is already offering free shipping for online orders. Among Black Friday deals, shoppers can get movies on disc for as low as $1 each, and TV DVD seasons for as low as $8 each. Target has huge discounts on a variety of flat-panel TVs, including a 29-inch LED TV for $79.

In addition, Target will offer a 500GB Xbox One console bundled with Assassin’s Creed: Unity and Black Flag, plus a $50 Target gift card for $329.99.

The chain has already started a promotion to give consumers a free DVD (plus Digital Copy) of Disney’s Frozen: Sing-Along Edition ($29.99 SRP) with the purchase of at least $50 in related Frozen merchandise.

Steve Koenig, director of industry analysis, with the CEA, said marketing of Blu-ray players, movies and DVDs for Black Friday is key to driving consumer “attach rates” when shopping for holiday gifts.

“Video components remain a good holiday gift, and Blu-ray players in a lot of cases can be an upgrade to a household that maybe only has a DVD player,” Koenig said.

The analyst said he wouldn’t be surprised to see more bundling of BD players with HDTV purchases. Koenig said consumer research indicates a number of shoppers are mixing and matching physical media with digital in terms of their home entertainment consumption.

“A bit of streaming and some physical, especially if you’re someone who likes to buy and hold onto movies on disc, the holidays can be a really good time to get that boxed set or some type of movie collection,” Koenig said. “Movies themselves make great stocking stuffers and they do remain quite popular and continue to be related to Blu-ray this time of year.”

Best Buy will open early at 5 p.m. on Thanksgiving, closing at 1 a.m. on Friday, Nov. 28, and then opening again at 8 a.m. for Black Friday events.

The Minneapolis, Minn.-based consumer electronics retailer is selling DreamWorks Animation’s How to Train Your Dragon 2 Blu-ray/DVD and Digital HD combo for $9.99 — 75% off the title’s $38.99 suggested retail price.

Warner Home Video’s The Big Bang Theory: The Complete Seventh Season three-disc DVD boxed set will also retail for $9.99 — 78% below its $44.98 SRP when it was released on Sept. 16.

Wedbush Securities analyst Michael Pachter contends the prevalence of packaged-media deals over Black Friday underscores the reality people have not warmed up to buying digital content.

Indeed, spending on digital sales of movies and TV shows — $347 million in the quarter and $1.02 billion through Sept. 30 — remains a small percentage of total home entertainment retail. For the first nine months of this year, EST accounted for just 18% of consumer purchase dollars, while discs accounted for 82% of the sales, according to DEG: The Digital Entertainment Group.

Pachter said consumers are buying digital game downloads because the game stays on the game console. But, he argues, a digital movie is not collectible, can’t be lent to a friend, is an impersonal gift, and barely portable.

“I think people will resist digital movie purchases for another few years,” he said.