'Edge of Tomorrow' Battles to Top of Disc Sales Charts 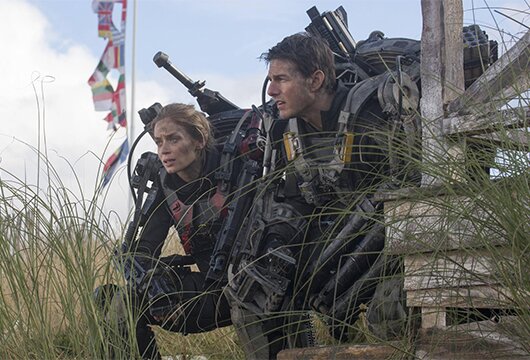 Edge of Tomorrow earned just over $100 million in U.S. theaters. The film is one of four new releases that debuted in the top five on Nielsen VideoScan’s First Alert sales chart, which tracks overall Blu-ray Disc and DVD combined unit sales.

A Million Ways to Die in the West, a Western comedy written, directed and starring Seth MacFarlane, debuted at No. 4. The Universal Studios release also stars Charlize Theron and Liam Neeson (along with newly named Oscars host Neil Patrick Harris) and earned a domestic box office gross of $42.7 million.

Rounding out the top five was Walt Disney Studios’ Million Dollar Arm, the feel-good movie about a down-on-his-luck sports agent who stages a reality show in India in the hopes of turning cricket players into Major League Baseball pitching stars. The film, with Jon Hamm as the agent, earned $36.5 million in U.S. theaters.

Edge of Tomorrow generated 62% of its first-week sales from the Blu-ray Disc version, compared with 47% for A Million Ways to Die in the West and just 27% for Million Dollar Arm.

On Home Media Magazine’s rental chart for the week, Transformers: Age of Extinction remained at No. 1 for the second consecutive week, while the No. 2 spot went to 20th Century Fox’s Brick Mansions in its first week of wide availability at all rental outlets.

Warner’s Blended and Walt Disney Studios’ Captain America: The Winter Soldier each slipped a notch to No. 3 and No. 4, respectively, while Million Dollar Arm debuted at No. 5.