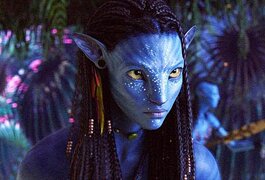 In the most lopsided victory in recent memory, 20th Century Fox Home Entertainment’s Avatar catapulted to the top of all three national video charts its first week in stores. The title’s home video performance was powered by a burst of out-of-the-gate sales that saw the top-grossing theatrical film of all time sell 6.7 million units its first four days in stores, 2.7 million of them on Blu-ray Disc.

According to the Nielsen VideoScan First Alert sales chart, the next-biggest selling release of the week ended April 25 was another 20th Century Fox release, Crazy Heart, which sold just 5% as many copies as Avatar, followed by DreamWorks/Paramount’s The Lovely Bones, which finished at No. 3 with 2.9% of Avatar unit sales.

On the Nielsen VideoScan Blu-ray Disc chart, the difference was even more pronounced: Crazy Heart sold just 1.7% as many Blu-ray Discs as Avatar.

On Home Media Magazine’s rental chart, Crazy Heart finished the week as the No. 2 rental, with 31% as much activity as Avatar. Lovely Bones debuted at No. 4, with 23% as much rental action. Warner’s Sherlock Holmes was No. 3, after three weeks at No. 1.

Sales data from Fox shows that 40% of Avatar purchases in the first four days of release were of the Blu-ray Disc version. Nielsen VideoScan data indicates 49% of first-week sales were on Blu-ray Disc, but Nielsen VideoScan numbers don’t include Wal-Mart or Sam’s Club, both of which tend to sell a higher percentage of DVDs than most of the other big retail sellers of home entertainment software, such as Best Buy.