‘Wolverine’ Slashes Up the Charts 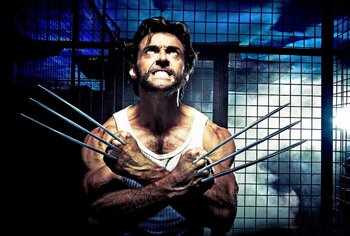 The dog days of summer are officially over. With 20th Century Fox Home Entertainment’s release last week of X-Men Origins: Wolverine, the Q4 blockbuster season has officially begun. And the comic book film, which earned nearly $180 million in theaters, didn’t disappoint, debuting at No. 1 on all three national home video charts the week ending Sept. 20.

Wolverine was easily the week’s top home video seller, moving an estimated 3 million copies its first week in stores, according to Home Media Magazine market research, to take the No. 1 spot on both the Nielsen VideoScan First Alert chart and Nielsen’s Blu-ray Disc chart. According to Nielsen, more than a quarter of the units sold were in the Blu-ray Disc format.

The week’s No. 2 seller, Barbie and the Three Musketeers, from Universal Studios Home Entertainment, is the latest direct-to-video installment in the franchise. Unavailable on Blu-ray Disc, the title sold about 12% as many copies as Wolverine in retail stores tracked by Nielsen. Nielsen does not track sales at Wal-Mart, the nation’s No. 1 DVD seller and a particularly big player in the family and children’s video markets.

Wolverine also topped Home Media Magazine’s video rental chart for the week, bumping the previous week’s top renter, Universal Studios’ State of Play, to No. 2. In its third week in stores, State of Play still generated nearly 40% as much rental activity as Wolverine.

Next Day Air, a comedy from Summit Entertainment with $10.3 million in theatrical earnings, debuted at No. 8 on the sales chart and No. 4 on the rental chart.