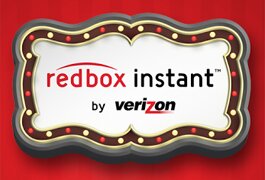 With the launch of Redbox Instant by Verizon expected shortly, the subscription video-on-demand and disc rental platform is considering entering into original content production, according to a television literary agent.

Peter Micelli, an agent with Creative Artists Agency in Los Angeles, noted the strategy without elaborating March 8 during a UCLA Entertainment Symposium. He added that Microsoft is also in discussions regarding original content for its Xbox Live platform. CAA has brokered TV and movie deals within Hollywood for decades.

With the success and cache Netflix garnered launching “House of Cards” Feb. 1, rival SVOD services have upped interest in developing original programming. Netflix, which is bowing several series this year, has taken a page from HBO, Showtime, AMC Networks and Starz in greenlighting original content to lure and retain subscribers.

B. Riley Caris analyst Eric Wold said it wouldn’t surprise him if Redbox is venturing toward getting its feet wet with episodic shows.

“Given that both Netflix and Amazon are moving forward with original programming, that is the one thing that can truly differentiate one SVOD offering from another,” Wold said in an email.

Redbox parent Coinstar last week disclosed it was selling bonds to generate $350 million in funding to pay off debt, as well as expand ongoing and new business ventures.

“I believe that if Redbox were to announce that it would be utilizing a small portion of that [funding] to at least test out a season of one or more original programming series (especially in the early stages of Redbox Instant’s launch), it would be received well by investors given that a major bearish comment on Redbox Instant has been that the content is available on other platforms and not unique to Redbox Instant,” Wold said.

Meanwhile, Micelli revealed that Netflix is spending considerably more than the previously reported $100 million for two seasons of the recently released “House of Cards,” among other episodic fare. Though never officially confirmed by Netflix, that spending appeared to average about $3.85 million per episode throughout the 26-episode run. Micelli said the amount was more on average.

“‘House of Cards’ started at $4.5 million [an episode] and [director David) Fincher took it way above that,” Micelli said, as reported by Variety.

TV networks typically spend about $4 million for an hour of scripted content.

The agent said Netflix is spending around $4 million per episode of forthcoming series “Hemlock Grove,” from horror director Eli Roth, and women’s prison dramedy “Orange Is the New Black,” from “Weeds” creator Jenji Kohan and produced by Lionsgate.

Micelli said Netflix has secured the exclusive rights to the programs for four years, with an option to syndicate to linear TV thereafter.

Wedbush Securities analyst Michael Pachter contends Netflix has spent less by optioning off alternative distribution rights to the shows to third parties. CEO Reed Hastings, in Netflix's most recent fiscal call, intimated the service might be inclined to release original programming on disc as well.

Regardless, the scuttlebutt sent Netflix shares down less than 3% at the market's close.