Warner Gets Tough Ahead of 'Edge of Tomorrow' Release 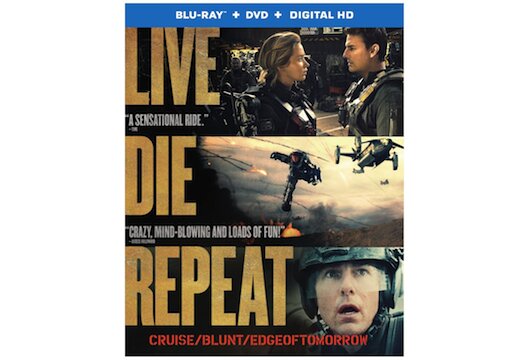 SEATTLE — No participants were killed in Warner Bros. Home Entertainment’s weekend promotion for the Oct. 7 release of Edge of Tomorrow. That doesn’t mean it wasn’t close.

“I thought I was going to die,” said Anthony J. Yeung, a fitness writer who’s worked for Golf Digest, Men's Fitness and AskMen. He was one of a couple dozen volunteers Warner pulled in to compete in Tough Mudder, the self-described “toughest event on the planet.” It’s a 10-12 mile obstacle course filled with challenges like “Walk the Plank,” “Berlin Walls” and “Electroshock Therapy.” Yeung and other participants agreed that the “Arctic Enema” — a box filled with ice water that requires full submersion — was one of the harder tests.

“You find out that you can’t do this without teamwork,” he said.

That was what Warner was counting on, as it put together two teams for the Sept. 27-28 event, with Yeung running with “American Ninja Warriors” Ryan Stratis, Brian Arnold and Alan “The Beast” Connealy, former “American Gladiator” Evan “Rocket” Dollard, along with some YouTube personalities and other journalists. The studio considered the teams their own versions of the J Squad featured in the Tom Cruise action flick, which — you guessed it — have to come together as a team in the climax of the film. The studio even sponsored one of the obstacles (“Pyramid Scheme”) where teamwork is the only way you’re getting past. A giant banner at the top of the obstacle, reading "Edge of Tomorrow: Live Die Repeat," greeted participants.

“The obstacles were a ton of fun, but the running was a little brutal,” Connealy said. “But that’s why it was a Tough Mudder. If I had done it by myself, it would have been awful. It was the people that made it worth it.”

YouTube comedian Stuart Edge was one of the non-athletes who showed his mental and physical fortitude by keeping up with people who do this stuff for a living. “I just kept thinking how cool it was that I was running with 'American Ninja Warriors' at an event sponsored by Warner Bros.,” he said. “At the beginning I thought the camaraderie, teamwork thing was cheesy. But then you get to a point where you can’t get by without the help. I was inspired by these guys.”

Unlike in Edge of Tomorrow, where death almost certainly awaits anyone who makes it toward the end of the film, participants in Warner’s Tough Mudder event had it a little easier: a beer and a story to tell were waiting at the finish line.

The Oct. 7 multi-SKU release of the sci-fi action flick is out as a 3D Blu-ray Disc combo pack, a Blu-ray combo pack and as a DVD-only SKU. The Blu-rays include UltraViolet, and the studio will release the film day and date on Digital HD.

The Blu-rays also include more than 90 minutes of bonus features, including the featurettes “Operation Downfall — Adrenaline Cut,” “Storming The Beach,” “Weapons Of The Future,” “Creatures Not Of This World” and “On The Edge With Doug Liman,” as well as deleted scenes.