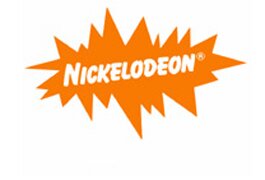 Since launching its “Just for Kids” streaming portal, Netflix has been singled out for undermining TV ratings at Nickelodeon — the cartoon channel owned by Viacom and home to “SpongeBob SquarePants” and “iCarly,” among others.

By comparison, Cartoon Network ratings increased 15% in Netflix homes, mushroomed 38% at The Hub, 17% at Disney XD, and 10% at Sprout; while declining 2% and 4%, respectively, at Netflix homes watching Disney Channel and Boomerang.

Notably, Cartoon Network inked an SVOD deal with Netflix in January, while Disney and Netflix signed a landmark streaming deal set to begin in 2017 for movies, and earlier for catalog Disney Channel fare.

In a March 25 note, Juenger cautioned that increased availability of children’s content on Netflix conditions kids and their parents to skip linear TV. Indeed, the “Just for Kids” section is designed so children can navigate content choices without parental supervision since the programming has been pre-screened by a nonprofit child advocacy group.

During a Jan. 31 fiscal call, Dauman said Nickelodeon had centralized programming decisions to the Los Angeles office, in addition to enhancing multi-platform viewing options such a branded app slated to launch this year.

“We’ve added more animators, more animation talent, we speeded up the development process, and importantly, we are also speeding up the production process,” Dauman said. “Our existing franchises will be at least partially reinvented to be more exciting to girls and boys alike.”