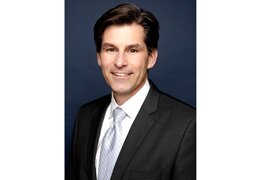 Hopkins, a Hulu board member since 2011, most recently was president of distribution for Fox Networks Group, a division of 21st Century Fox. Hopkin’s hire underscores the importance Hulu’s owners place in episodic programming as key to driving growth at Hulu and Hulu Plus.

“After an extensive search, Mike was simply the best candidate for the job. He has a strong understanding of programming, digital distribution and consumer behavior, and a great vision for Hulu’s next chapter,” said Anne Sweeney, co-chairman, Disney media networks and president, Disney/ABC Television Group, in a statement.

Indeed, Hulu is emerging from period when its corporate owners actively attempted to sell the platform twice and founding CEO Jason Kilar departed for good. While paying lip service to operating a competitor to Netflix and Amazon Prime Instant Video, Disney and Fox appeared on opposite pages when it came to expanding digital opportunities without sabotaging existing distribution channels.

When Disney and Fox earlier this year cancelled a private bidding process for Hulu, the media giants pledged $700 million in new funding.

Hopkins brings a track record of both building innovative television products and negotiating distribution agreements. At Fox, he oversaw the distribution strategy, sales and marketing for Fox’s 45 linear and non-linear U.S. channels, as well as on-demand and digital extensions.

“With Mike’s appointment, and its owners fully aligned and committed to seizing the incredible opportunities that lie ahead, we look forward to a very bright future for Hulu,” said Peter Rice, CEO of Fox Networks Group.