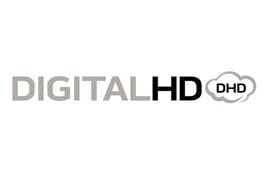 Twentieth Century Fox Home Entertainment is set to release Prometheus on electronic sellthrough about three weeks ahead of the title’s Oct. 11 retail release on disc. The Ridley Scott-directed Sci-fi thriller, which generated $126 million at the domestic box office, will also be Fox’s first UltraViolet release.

The title is part of the studio's Digital HD initiative launching Sept. 18 featuring more than 600 Fox films available in HD on multiple devices through online retailers such as Amazon, CinemaNow, iTunes, PlayStation, Vudu and Xbox. Fox is also bowing the platform in 50 countries. The digital titles do not require creating or possessing an UltraViolet account, according to a studio source.

Sales of digital movies topped $329 million in the first six months of the year, which was up nearly 22% from EST sales of $270 million during the prior-year period, according to DEG: The Digital Entertainment Group.

UltraViolet is the cloud-based digital locker studios hope will reinvigorate sellthrough of movies in a market increasingly impacted by low-margin rentals, notably through kiosks. Fox, which is a member of UltraViolet consortium, participates in Walmart’s disc-to-digital program that allows consumers to bring their discs into stores and convert them to digital files stored in the cloud.

Other Fox titles earmarked for early release on EST include Abraham Lincoln: Vampire Hunter, The Watch, Diary of a Wimpy Kid: Dog Days and Ice Age: Continental Drift, among others.

“We felt it was a good time to take a more dramatic step,” Jim Gianopulos, chairman and CEO of Fox Filmed Entertainment, told The New York Times, which first reported the story.

Fox's strategy is similar to what Jeff Bewkes, CEO of Time Warner, told analysts during the company’s most recent fiscal call that Warner Bros. would not be opposed to releasing titles early on EST if they included UltraViolet and related anti-piracy safeguards.