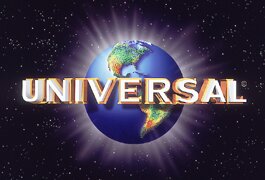 It’s a rental market where consumers can watch new-release discs for $1.20 a night, with studios getting pennies on the transaction.

So why assist in the destruction of sellthrough (and studios’ bottom line) by extending — not lengthening — the 28-day embargo with Redbox? Why not join Warner Home Video in doubling the embargo to 56 days? After all, it was Warner that first windowed new releases to kiosks and by-mail subscription — a practice Universal and 20th Century Fox Home Entertainment embraced.

Obviously, Universal thinks the current window has the right economics. But considering that operating cash flow at Universal Pictures plummeted more than 95% in 2011, is the status quo really working?

Those tallies — which approximated nearly 50% of the title’s domestic box office — began accumulating 28 days before Bridesmaids was officially available at Redbox.

Bridesmaids was a popular movie with enduring demand; why give it to the 99-cent store just four weeks after street date?

Kevin Tsujihara, president of Warner Home Entertainment Group, was asked Feb. 29 why a consumer should pay $18 for a sellthrough title when a $2 (48-hour) rental edition existed down the street. Tsujihara said the only way to justify sellthrough was by creating scarcity of supply when demand is greatest — a basic tenet of supply-side economics.