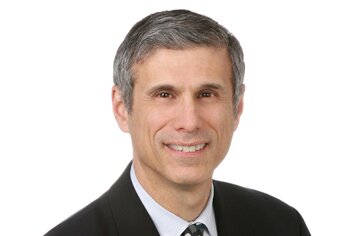 This week’s move by the U.S. Supreme Court not to hear an appeals court’s decision upholding Cablevision’s ability to deploy a digital video recording service that records programming on a proprietary remote system and not a subscriber’s set-top box was seen as a win for technology and a blow to Hollywood.

In 2006 a group of studios and TV networks filed a lawsuit against Cablevision alleging that its planned DVR service violated their copyrights.

By its non-action, the top court left open the lid on a host of litigation options to the studios that include re-addressing alleged contributory infringement against Cablevision. Contributory infringement, versus the direct infringement alleged in the current case, means Cablevision’s RS-DVR service enables consumers to violate copyright and could prompt the courts to re-examine the landmark 1984 Sony Betamax fair use case that opened the door for video rentals.

To help sort through the potential fallout, Home Media Magazine spoke with veteran cable industry lawyer Daniel Brenner. Prior to joining Hogan & Hartson as a partner, Brenner was SVP, regulatory and legal affairs of the National Cable & Telecommunications Association, the cable industry's principal trade association, for more than 16 years.

The U.S. Supreme Court and federal courts of appeal have cited Brenner’s writings on cable TV policy. He also serves on the faculty of Georgetown Law School.

HM: How important is this Cablevision victory to the cable industry?

Daniel Brenner: It narrows the likelihood that this service violates copyright law. It was an open question when Cablevision started [RS-DVR] and how the law applied. And in terms of the most direct sorts of liability, the courts have said no. They did leave open a technical question as to whether Cablevision was [contributorally] liable. In other words, they didn’t make the copies, but they did everything but make the copies. This decision makes it somewhat difficult to reach that conclusion.

Another thing that is a big victory is that the “performance” of a recorded movie or TV show is not a public performance. In other words, there is no liability in the way that when you [include copyrighted] music in a theatrical release you have to get a license. Fifteen or 20 years ago if you rented a movie on certain systems in hotels, because of the way the hotel configured the rental system, that was deemed to be a public performance even though no two rooms were necessarily watching it at the same time.

HM: Is this time-shifting technology imperative to the cable industry in light of the hype surrounding repurposed TV fare on streaming sites such as Hulu and TV.com?

Brenner: Those sites don’t run too many cable-originated programs. The view increasingly is that cable operators want to make online viewing available, that is, if you want to watch “The Daily Show With Jon Stewart” online, you ought to be paying a subscription somewhere along the line. Networks say their programming is available for free anyway so if they want to time-shift it they should be able to do so.

That said, if cable had to do it all over they would have preferred to start with video-on-demand [rather than streaming]. They would not have to deploy any equipment [set-top box] into the home. Now cable operators are essentially sticking a $300 computer in subscriber homes. Even if the studios think they should be getting extra money for these recordings, nobody thinks it makes sense to waste $200 on a piece of equipment to get around copyright law. So I think soon other cable operators will eventually deploy a hybrid network DVR/home DVR system.

HM: How does this alter, if at all, electronic distribution and downloading? Are the courts siding with technology over copyright?

I think the court did take some big steps in favor of technology over copyright. Particularly on the issue of short-term RAAM memory. Prior to this case, if you made a temporary copy of copyrighted material on your computer it was deemed to be copying. Now the appeals court ruled that for a few seconds [5 seconds to 30 seconds], it is not copying.

HM: Could the studios re-address the matter alleging contributory infringement against Cablevision? If so, doesn’t the RS-DVR technology enable consumers to violate copyrights, which could prompt the courts to re-examine the landmark 1984 Sony Betamax fair use case that opened the door for video rentals?

Brenner: Yes. We still don’t know whether this device is contributorally liable for infringement. Both parties agreed beforehand not to visit the issue of fair use. That may have been a tactical mistake by the [studios]. In the end, Cablevision’s service is not Grokster. It is not somebody stealing copyrighted stuff.

HM: To the studios was this case really about copyright infringement or a perceived loss of control and incremental revenue of their content?

Brenner: I think it is always about revenue. If you are in the licensing business as many times as you can create a stop sign and collect, the better. That is the history of copyright exploitation. Anybody does that, including I would imagine your magazine publisher who would like to create as many revenue streams for this article.

Music is most famous for this. When you get the rights to music in a movie, you get a synchronization license to sync the music to the movie. But that doesn’t give you the right to perform the audiovisual work. But in the movie business, when you get the sync license you also get the right to perform it theatrically. So the theaters are not required to get performance license for the audiovisual work. But cable does. They have to acquire both licenses for movies, which are considered a derivative work by the record labels.

But when Regal Theaters shows a movie, it doesn’t. It’s a historic anomaly that it was thrown in the original theatrical license for music performances. The theaters got in before the stop sign went up.

HM: Will this affect the U.S. District judge in San Francisco’s decision in the ongoing RealDVD vs. studios copyright infringement case?

Brenner: What would be the theory that this technology is legal? I guess Real could argue that it is a question of time shifting but then rent the content when you want to watch it. Even the issue of First Sale doesn’t give you the right to buy a book and then copy it. The only issue that can be explored is whether the digital copies are non-infringed. It is an enabling technology. I would guess Real has some troubles there.