Disney CFO: ‘We Are Maximizing Blu-ray’ 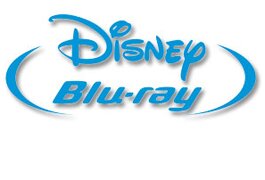 “Whether that ice cube is in the desert or elsewhere is a matter of debate,” Rasulo said. “But it’s definitely a melting ice cube.”

The CFO said Disney is trying extract remaining revenue from the physical channel DVDs. The studio continues to have a better conversion rate from box office to home video than the industry average due in part to the way Disney packages home entertainment releases, Rasulo said.

“We are maximizing Blu-ray for whatever it is,” he said. “But clearly, over time, this is a market that is moving over to digital.”

“Which is akin to the responsibility [Chapek] had in a big bulk of his career when the home video business was his sole responsibility,” Rasulo said, adding that Chapek, with more than 20 years experience at Disney, also will oversee licensing of the Disney brand.

“He will represent [home video] to the extent that there are still physical DVDs being sold at retail,” Rasulo said.