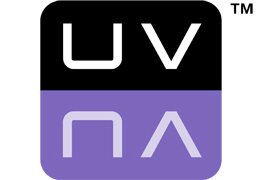 UltraViolet-enabled titles are at nearly 9,000. Today there are approximately 11 million consumer UltraViolet accounts, up about 2 million since the Consumer Electronics Show in January. And, according to one studio’s research, awareness of the feature keeps growing, with UltraViolet a positive influence for consumers deciding whether or not to purchase home entertainment.

About the only one thing heading south for the cloud-based, “buy once, play anywhere” digital content licensing system are consumer complaints.

“[Consumer tech support] problems have gone down very pronouncedly in the last six to nine months as we’ve rolled out improvements,” said Mark Teitell, GM and executive director for the Digital Entertainment Content Ecosystem (DECE), the cross-industry consortium of companies behind UltraViolet. “We’d love it to be zero, but it’s [hit] a pretty low and manageable pace right now.”

Today’s UltraViolet user can more easily merge accounts, consolidate user names and passwords, and count on retailers to be more consistent when it comes to addressing problems and trouble-shooting, Teitell said. With across-the-board, nearly industry-wide support for UltraViolet, problems are being addressed quickly and efficiently, he said.

Rich Marty, VP of emerging platform development and marketing for Sony Pictures Home Entertainment, said his studio has discovered several things during its experience as an UltraViolet supporter: Collecting content remains important to consumers, but they still need an incentive to own; consumers are more comfortable with the concept of the “cloud” today than they were when UltraViolet first launched; and downloading is proving to be just as popular an option as streaming.

“I think [that] really relates to the collection behavior,” Marty said. “They want to make sure they have the title, and it’s a good indication of where the format is going.”

Marty also added that DEG: The Digital Entertainment Group has a committee working on an industry-wide marketing plan for UltraViolet, in order to have the home entertainment industry speak “in a consistent voice.”

Next up for UltraViolet, according to Teitell, is a greater international push. DECE has already enabled the back-end, online services needed to launch UltraViolet in Australia, New Zealand and Ireland; a consumer launch in Australia is expected within the next two months, he said. And while DECE won’t stop working to promote and improve UltraViolet in English-speaking countries, “We’re also ready to start planning and turning our attention to other important territories [that have] major populations and/or major, demonstrated, high-propensity home entertainment markets,” Teitell said.

France and Germany are expected to see an UltraViolet launch in 2013 as well, Teitell added. And the more countries that have UltraViolet, the better for the entire ecosystem, he said.

“It means we have a bigger base, where best practices can be shared, and it also means we have more companies that are taking a shot to innovate,” he said. DECE has several innovative ideas for UltraViolet — think customer loyalty programs and connections to social media — and the more companies and countries on board, the bigger and better those innovations become.