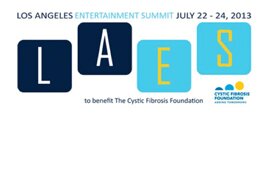 The event included two days of business meetings, tech displays and seminars regarding the state of the entertainment industry and supply chain ideas for home video and video games.

“We’ve gotten both the gaming and video industries together to celebrate our success, and to look forward to what’s next,” said EMA president and CEO Mark Fisher. “It’s been efficient, effective, productive, and [attendees] are having fun.”

Besides business, attendees enjoyed a golf tournament, a welcome reception, a casino night on the Fox studio lot and a Tech Tour featuring the wares of 21 companies, including Flixster, Cisco, M-Go, Nvidia, Rovi, Sony Entertainment Network and Verizon.

LAES helped raise funds for the Cystic Fibrosis Foundation, a founding partner of the event.