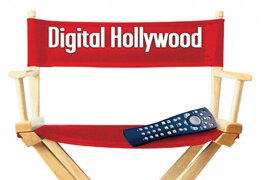 Fox, the biggest pay-TV brand outside of the United States, handles distribution for “The Walking Dead” internationally, and within an hour of the show being broadcast each week, full versions — subtitled and all — are up on piracy sites.

And there’s only one way to combat that, she said: day-and-date digital distribution.

“The old model of running something three months later is just so dead,” she said, speaking at the recent Digital Hollywood conference. “Digital distribution is a competitor [to broadcast] but the big one is pirates.”

Broadcasters are becoming more and more responsive to the digital age, panelists agreed, offering content faster, and offering more to keep the fans they do have, and bring more in.

“For us, it’s looking at the brand, the context it has with audiences,” she said. “We’re finding that essentially we get to try new storytelling techniques and it leads into our linear programming. We have to straddle both worlds.”

Mike Richards, executive producer of “The Price is Right” and “Let’s Make a Deal,” said attracting younger audiences to his shows — which have been on the airwaves for decades — require reaching out on multiple platforms.

“We’re very careful that the show is still the show,” he said. But, when they went out to get a first-ever male model for “The Price is Right,” CBS made the search a series of Web episodes, instead of just hiring someone. An full upcoming week of the show will also have a behind-the-scenes live companion experience, using social media.