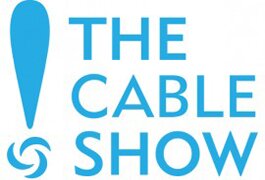 LOS ANGELES — Kim Lemon, EVP of program planning, scheduling and research for Showtime Networks, is a little shocked with the effect TV Everywhere and other multiscreen experiences have had on linear programming.

“We’ve got a really robust experience,” he said, speaking during a panel at the annual Cable Show. “Every time we add a new experience, we grow. We keep thinking we’re going to hit a wall.”

“More is more” was repeated often among TV executives. Every additional way they offer consumers to access and watch content, it only increases the value of the original linear experience.

“Consumers are benefiting from [technology] in myriad ways,” said Julie Peipenkotter, EVP of research for FX Networks. “It wasn’t too long ago over-the-top was a herky-jerky experience. And shockingly, we’re not seeing any signs of erosion in linear TV ratings.”

Whether it be via Netflix or other streaming services, on-air marathons of previous seasons of a series, a TV Everywhere VOD offering or viewers catching up via DVR, binge-watching has only had a positive affect on cable network content, said Tom Ziangas, SVP of research for AMC Networks.

“That’s been surprising over the last several years," he said. He pointed to his own son, a 20-year-old college student, who asked for the family’s HBO Go password to watch “Entourage” for the first time. Five days later, he had burned through four seasons.

“It’s something that’s not a new phenomenon, but it’s become a lot easier now,” Ziangas said.

Ron Geraci, EVP of research and planning of Nickelodeon Group, said the younger generation will be the older generation before too long, and catering to their desire to watch anywhere, anytime, on any device, is paramount.

“They’re growing up in an on-demand world with multiple ways to watch content,” he said. “The resiliency of linear content is what’s surprising us. [Multiple screens] aren’t taking away from the content experience, it’s adding to it.”

Peipenkotter said binge-watching usually occurs right before a season premiere or finale, or around an awards show where content is making headlines. And content distributors can take advantage of that to monetize the content accordingly.

“[Binge-watching] presents nothing but opportunity,” she said. “There’s a palpable sense of excitement with all the content that’s out there.”

There was binge-watching with VHS and DVD as well, but it’s making more headlines today and becoming more prevalent because there’s more ways to do it, panelists agreed.

“If the only place you could go and get bread was the bakery [it’s difficult],” Ziangas said. “But if bread is available everywhere, it makes it easy.” These multiscreen experiences are important, but the purpose of them is to drive viewers back to the linear experience. Because that’s where the money is, panelists said.

“We’re at the very early days of figuring out how to monetize VOD and online,” Lemon said.

Poor Hygiene, Oversleeping, Missed Meals: The Dark Side of Binge-Viewing