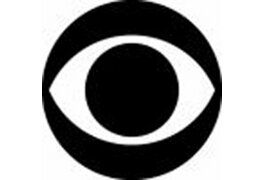 CBS Corp. is considering producing original programming for Netflix and other subscription video-on-demand services, an executive told an investor group.

Speaking Feb. 26 at the Morgan Stanley Technology, Media & Telecom confab in San Francisco, Armando Nuñez, CEO of the CBS global distribution group, said the media company would be open to creating original programming for streaming platforms — a major admission given its guarded approach toward SVOD.

“It’s definitely a possibility,” Nuñez said. “We view Netflix, Amazon and all these SVOD platforms as new players. If you can get the right model to work, I can see us doing that.”

Nuñez said approaching SVOD is all about recognizing that traditional broadcast distribution is still the core business that creates value for secondary channels such as retail, rental and streaming. He said there is no 'one size fits all' regarding content distribution. Some programming works better in syndication, in packaged media or digital.

“These distribution channels are just new pipes for us to place our content,” he said. “It’s the strategic view of how we’re going to monetize [SVOD], so it’s incremental and not taking money from one pocket and putting into another. When you take a step back, these are all good things.”

Ultimately, where content finds its second life after initial broadcast is predicated on pricing — the amount third-party distributors are willing to pay for the license rights.

CBS has historically shied away from offering past seasons of current shows to SVOD, a mandate it has tweaked by allowing some initial prior seasons of programming

“We’re not at the point of doing post-broadcast SVOD. Not quite yet,” Nuñez said, while adding it’s tough to generalize with differing markets around the world.

The executive said many broadcast partners also have digital distribution platforms, which requires not only ironing out digital rights in advance but, at times, working with them to deliver CBS content to their audiences.

That said, CBS this summer for the first time will offer post-broadcast access to midseason series “Under the Dome” on Amazon Prime Instant Video.

“It’s put us in the position of having a summer tentpole series for CBS,” Nuñez said. “It’s been a very interesting project.”

Asked whether CBS would contemplate offering entire seasons for binge viewers similar to what Netflix does with “House of Cards,” “Lilyhammer” and other shows, Nuñez said the all-you-can-watch strategy doesn't work for all programming and release windows.

“'House of Cards' succeeded for Netflix because it’s a high-profile show that has gotten people to talk about [it],” he said. “It’s another version how people talk about [episodic] 'Homeland' with Showtime Network (which is owned by CBS).”

Comparing to them to early days of cable channels, Nuñez said SVOD platforms can’t fill their pipelines with original programming [and binge viewing]. The executive said the platforms still are largely dependent on third-party content, which carry requisite distribution rules.

“[Binge viewing] doesn’t really change the model that much,” he said.