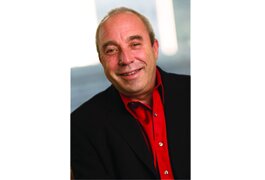 The company’s roots date back nearly 30 years. Long ago Anchor Bay set the standard for how to successfully market horror and fitness titles on disc. And today, Anchor Bay is among the top distributors of Blu-ray Disc, one of the few non-majors ranking among the top 10 in terms of Blu-ray titles released.

Bill Clark, president of Anchor Bay Entertainment, spoke with Home Media Magazine about the state of Blu-ray, the future of TV on disc and whether collector’s editions of popular content have a future in home entertainment.

• Rental vs. sellthrough: Does Anchor Bay see any trends for disc overall, and can you categorize titles that work better one way or the other?

Clark: Not every title will do well in both the rental and sellthrough markets, but most do. Of the films that aren’t huge theatrical releases, it’s key for us to understand which films work best within each market.

We’ve had some terrific successes within the rental world with the Anchor Bay Film titles and The Weinstein Co. releases. There is an audience for viewing certain titles at a rental cost vs. new-release sellthrough pricing. We find that sometimes a rental transaction can help spark a retail sale at some point in a title’s life cycle, which is a win-win for both marketplaces.

That said, early in Anchor Bay’s history, we were known for our “fan-based films,” which were, and continue to be, strong sellers. Over the past few years and with the addition of key members of the team, we’ve expanded beyond being mainly a sellthrough company.

• Anchor Bay has found success working with AMC Networks (with “The Walking Dead” being its No. 1 DVD title of all time). Where do you see the TV-on-disc business now and in the future?

Clark: We are extremely bullish on the TV-on-DVD/Blu-ray category, both today and for the future. As with any category, the content and product line release strategy are critical keys to success. A prime example is our Starz Originals programming product line, content for which the initial release platform is premium pay-TV.

Starz content is true to this platform: great storytelling, great acting and programming that provides powerful and immersive experiences to the consumer. True to this, the series “Spartacus” has been a worldwide success for us. “Magic City” has done very well for us as well. Next up from Starz Originals is “DaVinci’s Demons,” a story that is both intriguing and action-packed. “White Queen” and “Black Sails” — the prequel to Treasure Island — are also on deck. Our latest AMC agreement — which includes newly scripted series from AMC, The Sundance Channel and IFC — is exciting. “The Walking Dead” has been a phenomenal success, due to both the content and its fandom nature. We’re equally optimistic about our next two releases, the critically acclaimed “Rectify” from The Sundance Channel and “Low Winter Sun” from AMC.

We view the TV-on-DVD/BD category as robust now and in the future. Blu-ray is a unique format that provides consumers with more viewing options: bonus features, behind-the-scenes videos, character development and commentaries. It’s a consumer-friendly bridge between new technology and traditional packaged media.

Clark: We have full-service offices in the largest English-speaking territories worldwide: Australia, Canada and the United Kingdom. Each has the ability to cater to its specific consumer base.

We offer independent filmmakers one of the largest distribution networks available. Through our sister divisions, Starz Worldwide Distribution and Starz Digital Media, we can offer television and digital distribution to every territory in the world. Additionally, we have a partnership with 20th Century Fox Home Entertainment to provide disc distribution in those territories where we don’t have offices. Internationally, we’re seeing robust growth for premium television programming, specifically with our Starz Originals product line.

• What results can you share regarding Anchor Bay and its UltraViolet titles?

Clark: We’ve been early players in this arena, and I must say our entry has been extremely successful. We have one of the largest pre-sell titles ever released through Vudu with Django Unchained. You can’t ask for a stronger entrance than that. We are finalizing our UV plans for television content.

• Anchor Bay is among the top 10 all-time in overall Blu-ray Disc releases. What does the future look like for Blu-ray overall?

Clark: Our team is very hands-on when it comes to the retail mix of both DVD and Blu-ray. We work very closely with our retail partners to help push the Blu-ray format. We’re seeing strong results for Blu-ray, and we offer unique features with Blu-ray releases; create combo-packs that further both the Blu-ray and UltraViolet formats; and offer Blu-ray titles in unique packaging. See our award-winning The Walking Dead: The Complete Second Season Limited Edition Blu-ray (which includes a zombie head).

Our Blu-ray combos provide an exceptional value and experience for consumers — the best quality picture available on any platform, the widest array of viewing choices available to consumers, a consumer-friendly bridge between the digital and physical packaged-media worlds, and the only format that provides a full menu of unique bonus features, extras and other premium content offerings. With all this heavy focus on the format, and the retailers’ support, we recently achieved a stronger total Blu-ray point-of-sale than DVD for Django Unchained, a first for our company. This is the direction we will continue to pursue: maximizing BD offerings.

• What is Anchor Bay doing to expand its market share?

Clark: Anchor Bay has had tremendous growth over the past couple of years. In addition to signing new deals and growing existing partnerships with AMC, The Weinstein Co., Radius, UFC, Leslie Sansone and others, we have also focused on driving sales of TV-on-disc market share with Starz Originals Programming.

There is a greater focus on creating unique programs that help raise the awareness of both new-release and catalog product. Also, with retailer pre-sale programs, we are able to get out in front of national street dates and capture sales during peak awareness time periods.

A perfect example of that recently is our Django Unchained campaign. It was one of the most successful ever at retail. We were able to drive sales during peak marketing periods surrounding this Academy Award-winning film with exclusive content, early EST windows and strong in-store POP materials. Anchor Bay will continue to be aggressive in our marketing efforts this coming year with strong in-store advertising on titles such as Silver Linings Playbook, Escape From Planet Earth, The Lords of Salem and more.

Additionally, with our strategies in the Ultra and Premium VOD models, we will be setting up our Anchor Bay Film product to perform across all platforms and drive awareness for a successful launch on disc. It really shows that Anchor Bay Entertainment has all platforms and territories under one roof, which is a real advantage for partners.