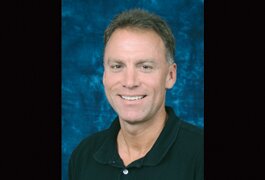 While the industry and market wring their hands regarding the economy and downturn in packaged media sales, piracy and illegal file sharing of Hollywood movies and network television shows proliferate.

At a bagel store in Fullerton this week, I overheard an employee telling another about a Web site that offered free movies and TV programs that could be downloaded to a PC. Said he had just watched Yes Man, which Warner Home Video doesn’t release on DVD and Blu-ray until April 7.

As the employee wrote down the name of the site, I asked about it. After convincing him I wasn’t a cop, he gave me the URL. The employee said the picture quality was as good as DVD.

Turns out the site (name withheld for obvious reasons) is a file-sharing platform, the same medium Napster and later BitTorrent and other P2P trailblazers used to all but destroy the music CD business. Movie files can be difficult and time-consuming to download. But with increased broadband penetration and sites that allow you to view while downloading, challenges are fading.

An acquaintance mentioned watching 20th Century Fox Studios’ Taken, downloaded to a PlayStation 3 — a week before I saw it theatrically.

“It’s an issue the studios don’t like to talk about,” he said.

In these recessionary times, piracy should be atop all studios' weekly boardroom agendas.