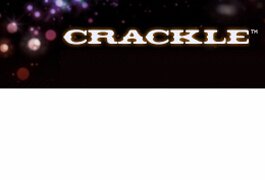 The seven-episode series is produced by Drew Fitzgerald and Stefan Haller of Web content production company WIMO, as well as by Miguel Melendez at Overbook Entertainment and Anonymous Content, and it is directed by P.R. Brown. The show follows a crime syndicate leader (Michael Madsen) and a mayor (George Hamilton) who work together to take down the city’s crime boss.

“Coma” is sponsored by Sony Electronics and its Vaio PCs. Microsoft Vista Ultimate will support the series, which, in addition to Crackle, will show on YouTube, Hulu, AOL, Adobe and through mobile providers AT&T and Verizon Wireless’ V Cast service.

Additionally, a director’s cut Blu-ray Disc will be distributed via magazines this October, featuring all seven episodes plus music and movie content from Sony BMG and Sony Pictures.