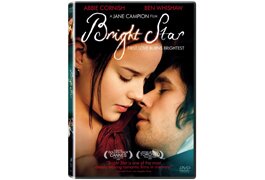 One of 2009’s most undervalued movies goes well beyond currently popular discussions of which jobs are “recession-proof” and not. The story is of John Keats at 23 as an aspiring Romantic poet — and now as then (19th-century Britain), the resulting failure of green to fall from the trees has a way of stifling permanent romantic unions.

Writer-director Jane Campion’s movie is no Castor Oil “good for you” slog: as Fanny Brawne, the financially better-off fashion provocateur whose feelings for “the boy next door” long predated Judy Garland’s, Abbie Cornish is so uninhibitedly raw in conveying never-to-be frustration that Whishaw’s own performance as Keats has been somewhat taken for granted. (Compare Cornish here to her contemporary blue-jeaned work in last year’s also underrated Iraq War drama Stop-Loss: a marvel in contrasts.)

The other acting ace is Paul Schneider as Keats’ acidic roomie, cheerleader and agitator re all things Fanny. He’s so good that the recent National Society of Film Critics’ voting tied him with Christoph Waltz (as the oil slick of a Nazi in Inglourious Basterds) for the year’s best supporting actor. The movie looks gorgeous, too (so where’s the  Blu-ray?).

The DVD includes three minor featurettes (over in a blink) in which Campion talks of casting, cosmetics and her passion for the subject matter.