The Enemy Below (Blu-ray)

Street 9/20/2016
Kino Lorber, Drama, $29.95 Blu-ray, NR.
Stars Robert Mitchum, Curt Jurgens, Theodore Bikel.
1957. This intelligent, if not all-out stirring study in logistical one-upmanship, is something of a groundbreaking 1950s film due to Curt Jurgens’ characterization of the German counterpart to Robert Mitchum’s U.S. Navy captain amid their 97 screen minutes of cat-and-mouse between an American destroyer escort and a German U-boat that the former has the misfortune to encounter in the South Atlantic.
Read the Full Review

Love Me or Leave Me (Blu-ray)

Available via Warner Archive
Warner, Drama, $21.99 Blu-ray, NR.
Stars Doris Day, James Cagney, Cameron Mitchell, Robert Keith.
1955. Doris Day, as Broadway/radio/recording notable Ruth Etting, goes fully toe-to-toe with James Cagney in one of the most rewarding of all show biz biopics, a socko achievement given that the latter’s third and final Oscar nomination was indisputably deserved in what is one of the essential films of his 31-year career.
Extras: Includes a couple of Etting’s Warner Vitaphone shorts (her voice never had the oomph of Day’s), plus an amusing 1955 CinemaScope featurette that deals with what was then MGM’s coming imminent release schedule: a 17-minute commercial called “Salute to the Exhibitors,” which rightfully touts Love Me.
Read the Full Review 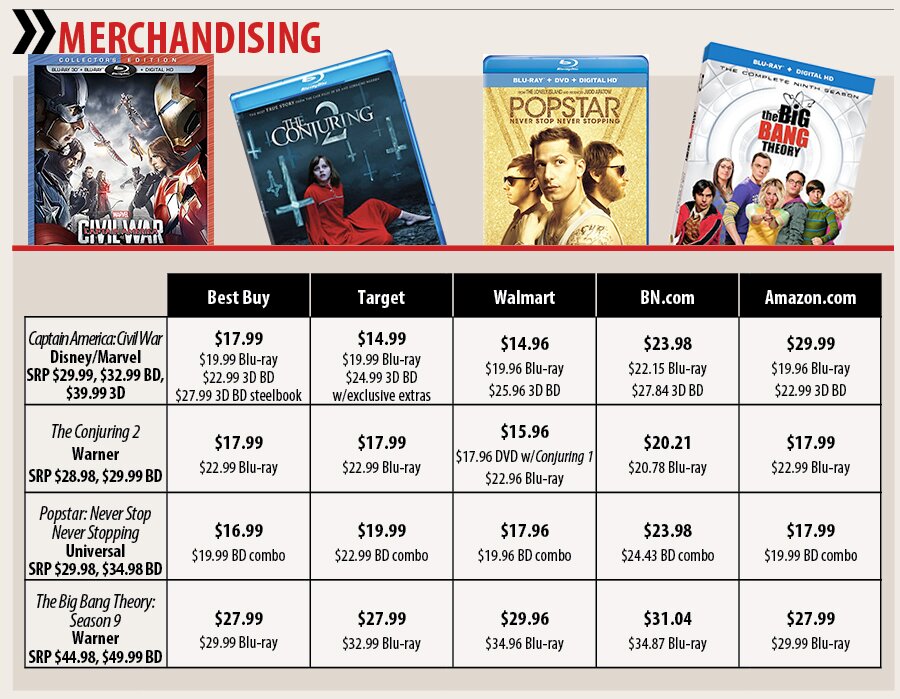