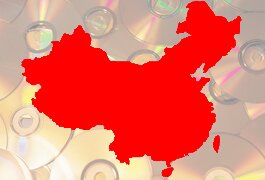 In an attempt to beat Chinese movie pirates at their own game, Warner Bros. has struck a deal with Beijing-based Union Voole Technology to offer copy-protected video-on-demand (VOD) rental streams of new releases from 60 cents to $1.

Titles available will include I Am Legend, Fool's Gold and Speed Racer, among others. Each will offer a choice of either the original English soundtrack with subtitles or a high-quality Chinese language dub.

The strategies are aimed at persuading China’s approximate 253 million Internet users to pay for streams instead of illegally downloading them. The studio said more than 80% of the communist country’s Internet population has viewed online video content in the past six months.

There are an estimated 300 web sites offering video-watching or video-sharing services in China. However, only a tiny fraction of these sites offer feature-length films, and even fewer actually own distribution rights to Hollywood movies.

China ranks among the worst offenders in protecting intellectual copyrights such as movie DVDs, books and music. The Motion Picture Association of America (MPAA) says U.S. studios lose more than $2 billion annually to pirated DVDs in the Asia/Pacific region.

Reports indicate nearly 90% of all packaged media sold in China (for about $1 in stores and street vendors) is pirated.

"We believe that China is a significant market for us to expand our digital distribution strategy, and this partnership with Voole is an important first step in helping us to reach the broadest audience for our movies," said Marc Gareton, EVP International, Warner Bros. Digital Distribution.

“We believe that we have an opportunity through digital distribution to solve that problem,” Tsujihara told the Los Angeles Times. “Let’s take a crack at creating a real digital market there.”