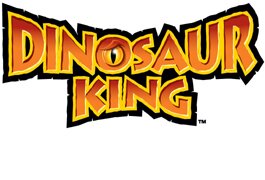 Shout! Factory has signed a multiyear agreement with 4Kids Entertainment to become the exclusive U.S. home video distributor for the “Dinosaur King” brand.

“Dinosaur King” debuted on Fox's 4Kids TV Saturday morning line-up in September 2007 and earns solid ratings among children ages 6 to 11. Based on a line of Sega games, the series combines anime-style cel animation with CG dinosaurs to chronicle the adventures of various groups racing around the world to bring dinosaurs back to life.

“‘Dinosaur King' has become one of the most distinctive animated series on television, with a highly successful presence in many countries across the world,” said Shout! Factory president Garson Foos.

“We have high hopes,” said Lorrie Shapiro, VP of DVD production for Shout! Factory. “It's a brand that is about to break out in a very big way.”
Bookmark it: digg del.icio.us technorati yahoo facebook twitter
Add Comment