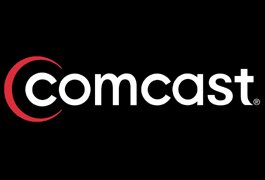 Comcast, along with other cable operators, has been testing with studios offering movies on pay-per-view the same day as the DVD release. The company does not break out PPV revenue separately.

CEO Brian Roberts said in a call with investors that same-day VOD/DVD releases by the studios would increase as the DVD market matured and economic uncertainty persisted.

He said consumers continued to value options when it comes to accessing entertainment, including high-definition, subscription and video-on-demand.

“Whether it’s pay-per-view or it’s part of your subscription or we create a special package … where you can access a bucket of content, we’re looking at a bunch of models and talking to the content companies … and I think we are making progress,” Roberts said. “Technically, we’re very much on track to be able to continue to increase beyond where we are today.”

The CEO admitted the economic downturn had hurt advertising (down 10%), but said shrinkage in the housing market actually reduced subscriber churn.

“When home sales go down, that’s actually good for our business in certain areas because there is less activity, less connects and less disconnects,” Roberts said.

"Video and broadband are no more discretionary for most families than running water and electricity," Moffett said in a research note.