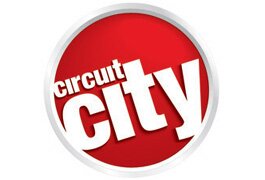 Circuit City said the closures would result in the termination of 17% of its 46,000-person workforce.

The bulk of unprofitable closures will take place in California (25 stores), Georgia (19), Illinois (13) and Arizona (13), among others. The company said the 155 stores generated about $1.4 billion in net sales.

In addition global disruptions to the financial markets have made it difficult for vendors to insure Circuit City’s purchases.

“The combination of these trends has strained severely our working capital and liquidity, and so we are making a number of difficult, but necessary, decisions to address the company's financial situation as quickly as possible,” said James Marcum, vice chairman and acting president and CEO of Circuit City.

Circuit City reported losses of more than $239 million in the most recent financial period, compared to losses of $62 million during the prior-year period.

“It may actually be in their best interest [to file bankruptcy] so they can quickly renegotiate their leases,” Woo said.