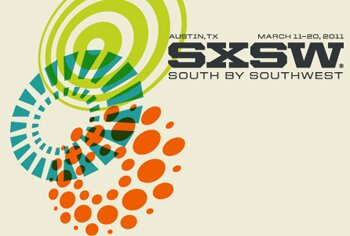 The South by Southwest Film Festival, which runs March 11-19 in Austin, continues to pick up steam as an alternative to the bigger film festivals such as Sundance and Cannes, aiming for a younger, more connected audience.

“South By is one of our favorite festivals,” said Bob Alexander, president of independent distributor IndiePix. “We have been sponsors, we have attended consistently, we have supported the films that have come out of South By, we have many films available from South By on our website.”

Now in its 18th year (the music festival has been around for 25 years), the film festival has expanded to 141 feature films this year, up from around 120 last year, with 65 world premieres, 15 North American premieres and 16 U.S. premieres. The festival received a record of nearly 4,900 film submissions this year.

“I think it’s a really important festival,” said Janet Pierson, film conference and festival producer. “It attracts a lot of talent. It has a different orientation than Sundance — I think it’s more youthful. It’s clearly a different sensibility that characterizes the films. I think it’s a great venue and a great place for filmmakers to present their work.”

This year Pierson, in her third year with the festival, said the festival added two more venues, staggered film screenings and updated line policies to ensure more people would get into screenings this year.

“SXSW is like attending a treasure hunt,” said independent distributor Film Movement president Adley Gartenstein. “We see lots of films while we are there and sift through many films, but we always walk away with gold. Some of our biggest indie hits — like Helena From the Wedding, Mine and Arranged — are straight from SXSW, and we anticipate discovering more than a few gems there this year.”

As previously, SXSW features two main categories, the narrative and documentary feature competitions, each of which consist of eight world premieres. This year, those films also will be up for other awards.

“While SXSW is focused on bringing audiences and filmmakers together, there is also a strong industry contingent present,” said Greg Newman, EVP of MPI Media Group. “The atmosphere at SXSW is very different than the standard market screenings. It’s unique that press, industry and the general SXSW audiences experience these films at the same time.

“We’re thrilled to be premiering Ti West’s The Inkeepers at SXSW this year, in addition to … [focusing] on acquisitions as well. While not a market in the formal sense, there is a great variety of product and sales agents on the ground ready to do business.”

Tom Quinn, SVP Acquisitions, Magnolia Pictures, said that after not having been as much a serious buyers market for distributors, the festival also has stepped up after the studio last year acquired sci-fi love story Monsters in a six-figure deal.

“This year's festival has at least three world premieres that fall into the same … category [as Monsters],” he said. “So any buyer that missed out … last year is guaranteed to be there this year. That includes international buyers as well. The world has woken up to SXSW.”

“We’re giving a really significant launch pad for new films, and industry and press gathered together to actively discover films,” Pierson said. “There are films that this is where they see the light of day, and they attract attention and people get excited about them.”