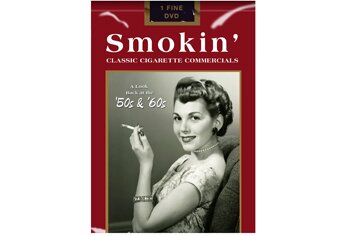 A jazz special, an indie horror flick and a set of old smoking ads might not seem the most logical combination of product, but that mix of niche product works for S’more Entertainment, headed by industry veteran Arny Schorr.

S’more Entertainment has been releasing underserved genre titles, classics and iconic TV shows since 2005. The company has recently been preparing a new set of acquisitions for release after some down time for the company, starting with the May 17 (prebook April 22) release of Louis Prima: In Person, featuring rare performances by the jazz singer and musician, on DVD at $19.99. S’More titles are distributed by eOne.

Schorr said the company seeks to release product that might not otherwise see a home video release but that still has consumer interest, whether it’s through brick-and-mortar retail or through schools, libraries and direct-response catalogs. Schorr said S’more also seeks as many rights as possible, for more digital distribution and manufacture-on-demand down the line.

Schorr spent 10 years in the music industry before joining former home video company Media Home Entertainment. He served at Rhino Records in their video division and has taken that combined experience to open S’more Entertainment and now RockBeat Records (which also is distributed through eOne), releasing vintage titles on enhanced CDs and vinyl.

“I want to have something for everybody,” Schorr said. “When I was in the record business years ago, I never walked out of an account without an order because there’s always something for somebody.”

He points to S’more’s upcoming May 17 slate as an example: The Louis Prima title will do well on retailers such as Amazon, he says, because of its title breadth, while tongue-in-cheek horror-comedy The Fergusons (on DVD at $24.98) will be a strong rental title and Smokin’: Classic Cigarette Commercials (DVD $9.98) will be good for big-box retailers such as Walmart “because the price is right.” He said so far the niche tactic has paid off in the successes of such titles as the Paul Lynde Halloween Special, which features Kiss’s first primetime TV appearance.

“Unfortunately, with the shrinking of the business and the limitations that are inherent with retailers like Redbox and Blockbuster, there’s only so many things they can put in the vending machine,” Schorr says. “Consumers are learning that if they want these programs, they need to go to Amazon or catalogs, and a lot of what we’re doing appeals to that segment of the market.”

Schorr calls these “the invisible consumers.”

“In some respects, they’re almost easier,” he said. “Consumers have been trained that they’re only going to find frontline product at retail. If anything is out of the mainstream, they’ve become accustomed to tracking it down or going to a site like Amazon.”

Schorr wants to release between four and five titles a month, including a celebrity bowling boxed set June 3.