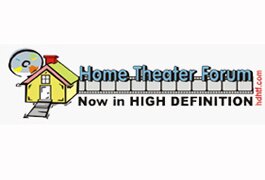 Every major studio opened its doors to members of Home Theater Forum (HTF) Oct. 19-24, showing off BD Live features, answering questions and touting upcoming releases. When members weren’t getting insights on the latest Blu-ray Discs, they were enjoying tours or attending tapings of “Real Time with Bill Maher” and “Jimmy Kimmel Live.”

“All the studios embraced our visit, and we got to see a lot of BD Live materials,” HTF founder Ron Epstein said. “For many of the attendees it’s a fantasy come true for everybody who has never been to a studio.”

Forum members got a look at a hot-off-the-presses BD Live feature, which takes video clips of Step Brothers stars Will Farrell and John C. Reilly dancing on a boat with two women, flashing money and drinking champagne, and allows BD Live users to mix the clips to a rap song called “Boats ‘N Hoes.” Finished videos can then be uploaded to the BD Live network and ranked by other BD Live users.

The Home Theater Forum group was slated to visit Fox, Panasonic Hollywood Labs and Warner Bros. later in the week.

It wasn’t just the studios that welcomed the Forum: