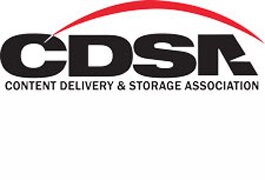 NEW YORK — Despite some recent high-profile media criticism, reports of the death of the Blu-ray Disc format are highly exaggerated, according to industry experts speaking at the Content Delivery and Storage Association (CDSA) Media Market Intelligence Summit Dec. 16.

According to Charles Van Horn, president of the CDSA, bad news on Wall Street can mean good news for home entertainment purveyors.

“Consumers are not planning to go out as much as they have in the past,” Van Horn said. “They would rather watch a movie at home. But even though there is now a single next-generation disc standard, consumers still need to be convinced to upgrade their home entertainment systems.

And, he notes, there is no denying trends. He sites Atlantic Records’ recent announcement that digital sales accounted for 51% of its revenue.

The DVD party is over when the CEO of Netflix announces that he expects physical DVD rentals to peak in five years, Van Horn said. Netflix has placed its bets on online streaming, he said, and right now, movie streaming is miniscule compared to other kinds of streamed content. And consumers still enjoy holding a packaged disc in their hands, he said.

Blu-ray, nearing the end of its first year as the high-definition format of choice, may not have caught fire the way DVD did during its initial rollout, but analysts believe that it will help to sustain the packaged-entertainment business through the end of 2012 and beyond. Although her company has adjusted down some of its growth estimates, Alison Casey, head of global content for the U.K.-based FutureSource Consulting, said that although strong sales growth in the current economy is unlikely, “Blu-ray will help stop the packaged-media industry from declining.” She said that she forecasts some minor, single-digit growth as numbers of units increase, but downward pressure on pricing keeps profits flat.

According to Casey, the outlook for Blu-ray in the near term is a mixed bag. FutureSource forecasts suggest that December is a crucial month in the format’s sales. She says that sales of high-definition televisions, which remain strong, will nudge sales of Blu-ray players. And retailers are enjoying a premium of about 60% on Blu-ray sales, compared to DVD prices. But, she says, the Blu-ray market is driven by new releases, replicators are reporting lower-than-expected demand, and awareness initiatives have not yet coalesced. Casey suggests that consumers are not completely convinced of the format’s value, particularly in a struggling economy. But, says Casey, there is good news by the end of the forecast period. By 2012, she says, the installed based of Blu-ray players will reach 53% household penetration. Casey notes that online video and mobile video will be factors in long-term home video market growth, but she is bullish on the future of the Blu-ray disc.

“Packaged media is not going away any time soon,” Casey said.

One of the ways in which the industry hopes to distinguish Blu-ray is through the development of BD Live applications, which enable consumers to link to online sites that will enhance their viewing experiences. According to Zane Vella, CEO of Related Content Database, all studios are putting out Blu-ray titles with some BD Live functionality. Sony, for example, has 50 titles in the marketplace with some degree of BD Live interactivity.

But there are questions about the value of BD Live to consumers. Vella said the mantra at his company is “No IT issues in the living room,” meaning that consumers aren’t interested in features that don’t function seamlessly. He said for content creators, BD Live is “as much an opportunity as it is a threat.” On one hand, it’s a good way to deliver a high quality experience in the environment to which consumers are accustomed, while at the same time, “slowly teasing out a little bit of a connected experience.” But, he notes, consumers lose interest quickly if they must struggle to make the applications work.