CinemaNow Expands Beyond the PC 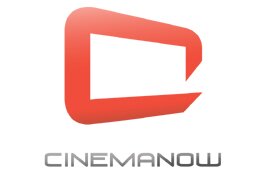 Other systems now compatible with CinemaNow include Firefox, Safari and Opera browsers, in addition to Internet Explorer.

ôCinemaNowÆs strategy is closely aligned with WidevineÆs strategy to seamlessly expand consumersÆ ability to watch premium content on the device of their choice, wherever and whenever they want,ö said Brian Baker, Widevine CEO.

Rob Enderle, independent analyst with Enderle Group in San Jose, Calif., said Mac users are traditionally very loyal to Apple. He said it would be hard to believe that a third-party vendor can move against an Apple product or service on an Apple platform product.

ôRecall that even Microsoft pulled their dominant browser off Apple because they couldnÆt compete with them,ö Enderle said. ôSomehow I doubt CinemaNow has anywhere near as much clout as Microsoft did. Competing with Apple on an Apple platform is a foolÆs game.ö