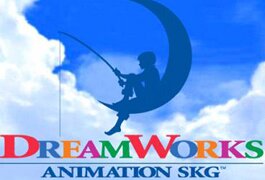 Few other Blu-ray details were divulged by the company, due to the HD DVD agreement DreamWorks Animation struck with Toshiba before the end of the format war.

“We're trying to walk a reasonable line of giving you the information, sort of broadly speaking in our releases … and trying to honor the confidentiality agreement we have with Toshiba,” said company CFO Lew Coleman. “There's not much else to say.”

Katzenberg added, “We will be releasing Kung Fu Panda on Blu-ray in the fourth quarter. We are making our product available and will aggressively promote and market our product on the Blu-ray format.”

Accounting for high marketing costs for Kung Fu Panda, the company isn't expecting a huge boost in profits for the third quarter either. However after grossing $500 million worldwide, Katzenberg said DreamWorks Animation expects Kung Fu Panda to be a bestseller for home video in the fourth quarter.

In general, Katzenberg offered a positive outlook for DVD in general, despite total releases being sharply down this year,

“The flood of product that really clogged the retail channel started to sort itself out last year,” he said. “The movie marketplace as a whole, both theatrical and home entertainment, will be a strong performer in a difficult [economy]. … I believe it's going to match or beat 2007.”