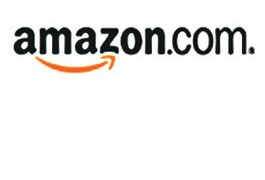 While most retailers were fretting during the fourth quarter of 2009, business was booming at Amazon.com.

Jeff Bezos, founder and CEO, appeared unfazed by the Jan. 27 unveiling of the iPad by Apple. The device is expected to take away some potential customers for Amazon’s Kindle e-reader device.

“Millions of people now own Kindles,” Bezos said, noting that the Kindle for iPhone application is available in more than 60 countries. “And Kindle owners read, a lot. When we have both editions, we sell six Kindle books for every 10 physical books.”

A clear bright spots during the quarter were sales in the media category, which includes downloads, physical content and games. Worldwide media sales grew to $4.56 billion, up nearly 50% from the same period in 2008. Worldwide electronics sales were up 29% to $4.61 billion.

In other news, Amazon’s board of directors has authorized the repurchase of $2 billion in common stock. In after hours trading Jan. 28, Amazon stock was up 2.49% to $128.80.

For the first quarter of 2010, Amazon is expecting sales of up to $7 billion.