Walmart's 'Surf's Up 2' with WWE figure

There wasn't much in the way of retail exclusives for Jan. 17 new releases.

Walmart also had a DVD of both "Surf's Up" movies.

Target offered a free year-long subscription to Entertainment Weekly with purchase of the Blu-ray of Universal's The Girl on the Train. 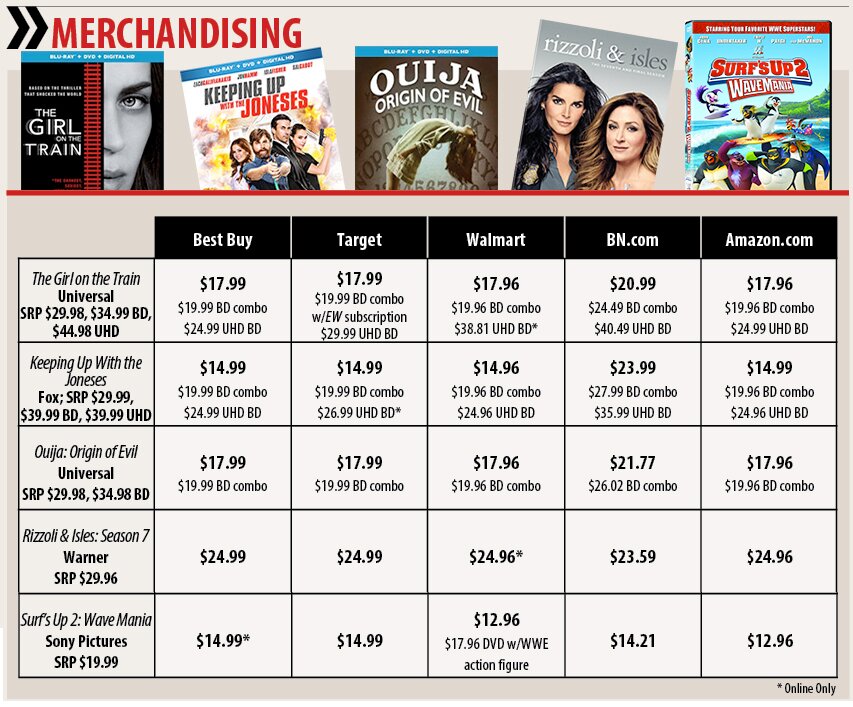