An 'Assassin' Made to 'Sing' 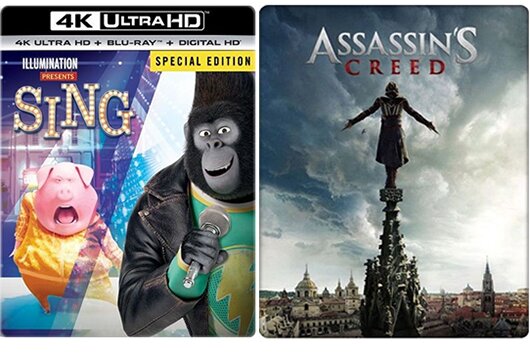 Walmart offered the Sing Blu-ray as part of a gift set with collectible character cards and exclusive bonus content.

Target offered a Gunter plush for $1.99 (regularly $10) with the purchase of the Sing Blu-ray.

For Assassin's Creed, Walmart had a gift set of the Blu-ray with a T-shirt.